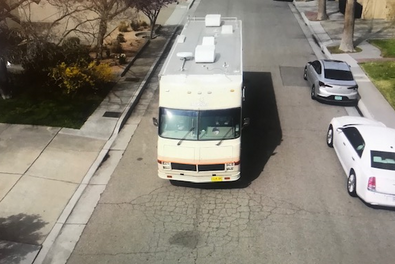 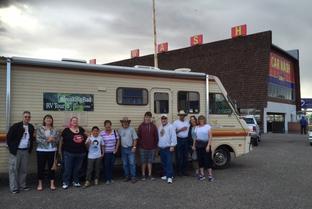 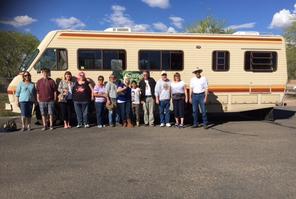 Miss Breaking Bad? Love Better Call Saul and El Camino? We will bring the show to Life on our 3 hour Film location tour. You get to ride  in the Breaking Bad RV (Replica) just like the one on the show.  If the RV is sold out you can click Breaking Bad Shuttle Tour (Not the RV) and ride in our Shuttle tour bus.  The Shuttle does the same tour and follows the RV so you get to take pictures inside and see the replica RV.

(Locations subject to change based on availability).

To book your Tour click the calendar below or the BOOK NOW Button. 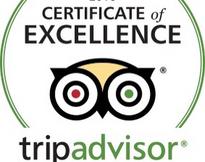 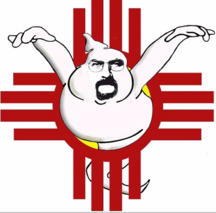 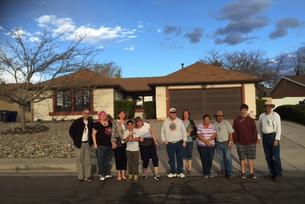 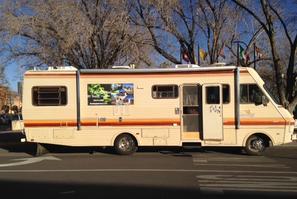 By making the New Mexico Safe Promise, our Business will do all of the following

Use face coverings while in our tour bus, Stay six feet from others when you can.

Require people to stay home when sick and monitor passengers and Temperature checks prior to riding.

Participate in any COVID-19 related training made available.

Provide hand sanitizer on every tour.

The Candy Lady is a New Mexico Tradition for over 30 years. She made Candy for Breaking Bad and Better Call Saul Production
Summer is definitely upon us. We have fresh fruits dipped in chocolate to tempt your taste buds. Chocolate glazed fruit, fresh made turtles and hard candy are very popular this season.
Albuquerque’s Old Town
424 San Felipe NW, Albuquerque, NM, 87104 (click here for a Map) 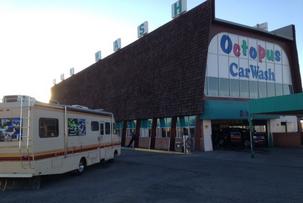 IMPORTANT PLEASE READ- Contactless check in, no drinks or food on the bus, We are doing everything possible to prevent the spread of COVID-19, Masks must be worn in the bus, social distancing when possible, buses are cleaned and disinfected after each tour. Thank you for your understanding and patience during this difficult time

We will Bring the Show to life in our Award winning 3 hour 20 plus location tour in the Breaking Bad RV just like the one on the Show Tour,  includes stops at Los Pollos Hermanos (based on availability) Walt's Car wash, Superlab

Announcing the arrival in the heart of Old Town, Albuquerque New Mexico,
“We will carry merchandise from local artists, as well as hard-to-find products from throughout the Breaking Bad universe. As fans who love both shows (as well as the Breaking Bad movie, El Camino), we will put the energy, the time, and the scope into the store that fans expect. And we will provide the kind of customer experience that will make locals and out-of-town visitors alike eager to visit our store time and time again.”
And to the many, many fans of the shows, Marq and Ed say:
“You are the ones who knock...please come in and see what we got. We know you will say, ‘it’s Saul good man!’”

Don't Forget your Breaking Bad Candy from The CANDY Lady 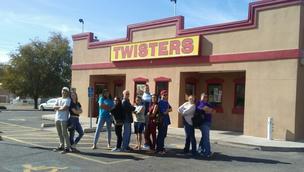 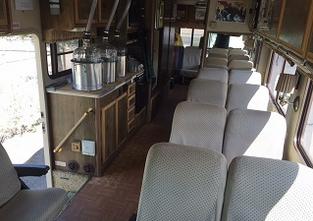 We own a copyright and patent on the idea of touring in a 1980 to 1989 fleetwood bounder likeness to the one used on the show. 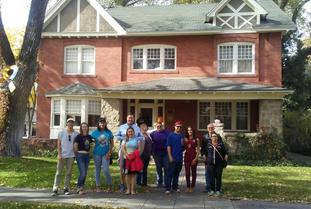 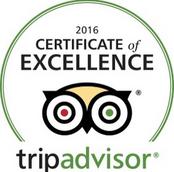 See the dark side of Albuquerque Take a Ghost Tour! 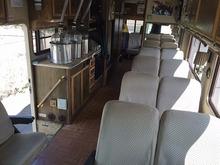 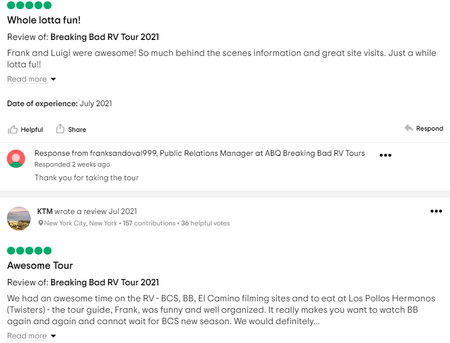 IMPORTANT PLEASE READ DUE TO THE POPULARITY OF THE TOUR WE RECOMEND BOOKING EARLY, TOURS CAN BE CANCELED FOR MECHANICAL ISSUES OR WEATHER RELATED CONCERNS.  IN THE EVENT OF MECHANICAL ISSUES WE WILL DO A BACK UP TOUR IN OUR SHUTTLE.

Click the calendar for Tour dates and times. For larger groups we may run in two vehicles to adhere to capacity.

The tour includes a light refreshment at  Pollos Hermanos (Twisters).

Tours start at 10:00AM Thursdays thru Monday.

Contact: 505-205-7292
East of the Church, behind the Backstreet grill or from the plaza behind La Hacienda del rio restaraunt.

NO RESTROOMS AT PICK UP LOCATION,  WE HAVE ONE SCHEDULED RESTROOM BREAK,

​Tour Guides are Actors who actually worked on Breaking Bad and Better Call Saul (Minor roles)  Win prizes, we will  test your knowledge for both shows with gifts and prizes from local Merchants including Breaking Bad Rock Candy. ​Price includes lunch at Los Pollos Hermanos.  Locations can change depending on filiming schedule and day.  We do not drive by locations filming for Better Call Saul. 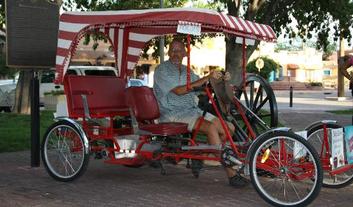 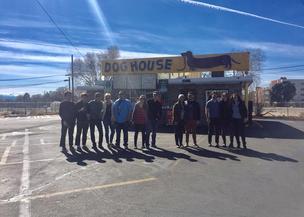 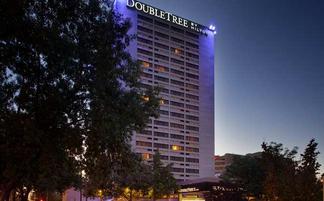 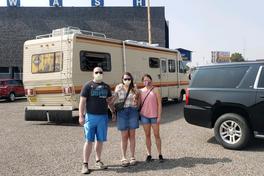 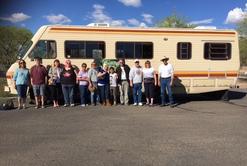 Spook Shuttle a two hour tour visiting the scary locations in the Duke City. Hear stories first hand accounts, use Ghost hunting equipment and then see the existance of ghosts.
After selecting the Date for your Breaking Bad Tour, please call (505) 246-TOUR (8687) to make reservations for your History or Ghost Tour.

Learn more about old town with Mike, a guided tour that will impress you.  Price is reasonable and you will learn so much about the history of Albuquerque the Duke city on this great tour.